I made another thing, and it works on Mac & Windows with a pretty (native) GUI. It’s called Swell.

Swell (stylised as “Swell” or “swell”) is a flash animation tracker. It tracks and displays statistics of your animation while you’re animating in Adobe Flash1. Swell is useful for creating graphs, reports or even a timeline of your animation progress. Swell’s website

If you haven’t noticed already, Swell’s logo is Edd from the online Flash cartoon ‘Eddsworld’. The name 'Swell’ is based on the late Edd Gould’s own catchphrase:

I’d thought I’d pay homage to Edd by dedicating this program to him.

I decided to make this program since there was a lack of tools/extensions out there for Flash1 animators like Swivel or VCam. I originally created Swell so that I can directly integrate data from Adobe Flash into my own projects•hakobyte site.

On the technical side side of things, the backend is written in Go to take advantage of it’s cross-platform capabilities. This is the reason why Swell can run on both Windows & Mac! I would love to see Swell on GNU/Linux, but Adobe Flash Pro does not support GNU/Linux2. Which is obviously not suprising.

Both the Windows and Mac frontends are written in C# and Objective-C.

The result is a cross platform binary which can use the command-line or the GUI.

You get the best of both.

Enough of the tech details, here’s some screenshots! 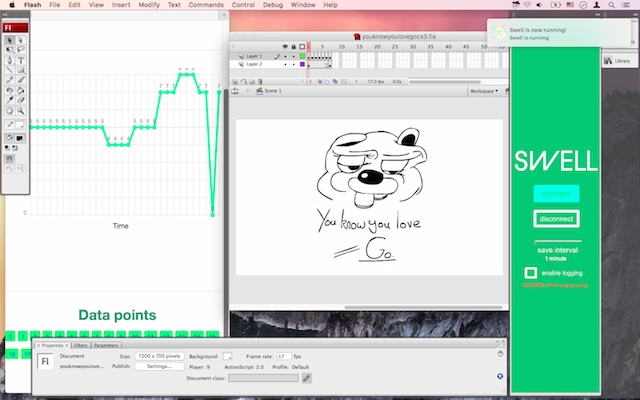 Swell is compatible with Adobe Flash CS3 (Unlike Windows, you have to install swell manually if you have Flash CS3 for Mac)
No support for Macromedia MX 2004 or Macromedia Flash 8 yet! A port from AS3 to AS2 is needed.
Swell has an autosave feature builtin. You can adjust the save interval by using the slider. 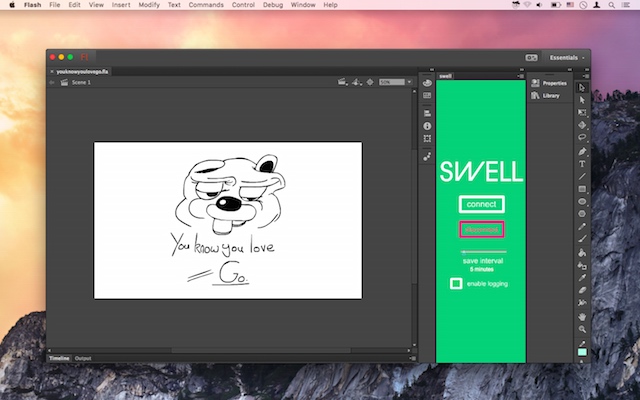 And it’s compatible with Flash CC 2014. But not Adobe Flash CC (2015) at the moment. Thanks to Adobe killing off Extension Manager. 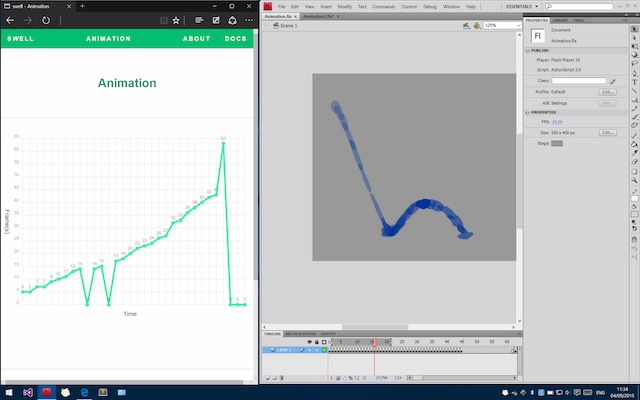 Windows gets support too. Swell can track your cartoon at different intervals,
This one tracks each frame every minute. By default, its every 5 minutes. Swell will be able to do more than just this in a future release. 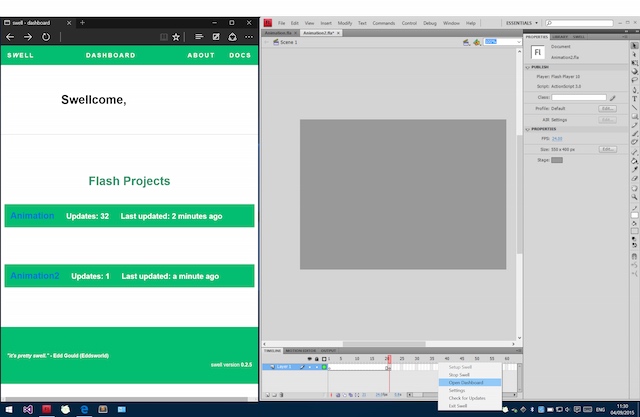 Lastly, Swell can track multiple flash projects. You can hide the flash client and Swell will be running in the background.

Swell also has a developer interface (or API) for programmers to play with, although it’s too long and detailed to cover in this post.

Oh, did I forget to mention that it includes an auto updater?

Swell is currently in early beta so expect the UI to look very basic.

Once you’ve signed up you can take a look at the requirements before you install Swell.

Swell will be open source under the Apache 2.0 License on GitHub in 2016.