On Saturday 7th of December 2013 I traveled to Cambridge to demo my simple Raspberry Pi project, twiimote.

For those who are unaware, twiimote connects wiimotes to the internet. (specifically to twitter.)

it combines hardware and software to produce something related to the concept of the internet of things.

(eg. connecting almost anything to the internet.)

To find out more on twiimote, I wrote a post about it here.

Here is a video of twiimote in action.

But what was also interesting was the number of everyone else’s creative projects I saw at camjam, learning from what other people created using this small $25 computer.

I got a chance to meet Ryan Walmsley of Ryanteck LTD. (now shutdown as of 2017 onwards)

(also the creator of the Rastrack Map (also down))

I found it impressive that he designed his own motor board to work with his new robot. 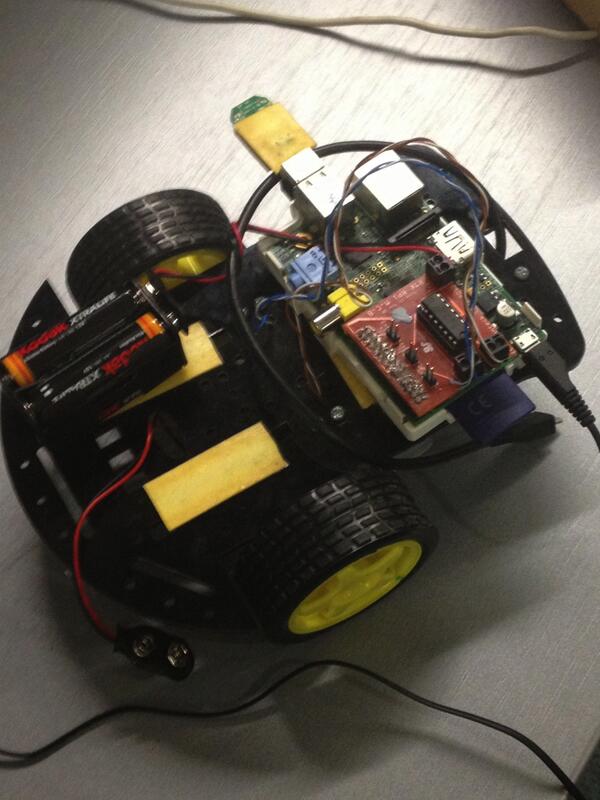 Projects at camjam ranged from an awesome autonomous robot built by Zachary Igielman,

An impressive scratch program by two young brothers, and more!

Although I had little time to prepare for this Raspberry Jam, (I was late and only just got a ticket a day ago.)

I would go again (prepared)1.

It was really fun.