twiimote is a small toy program that ‘connects your wiimote to twitter’. it’s as simple as that.

twiimote is a very basic demonstration of the Internet of Things & IFTTT.

Here’s are images and videos of twiimote in action. 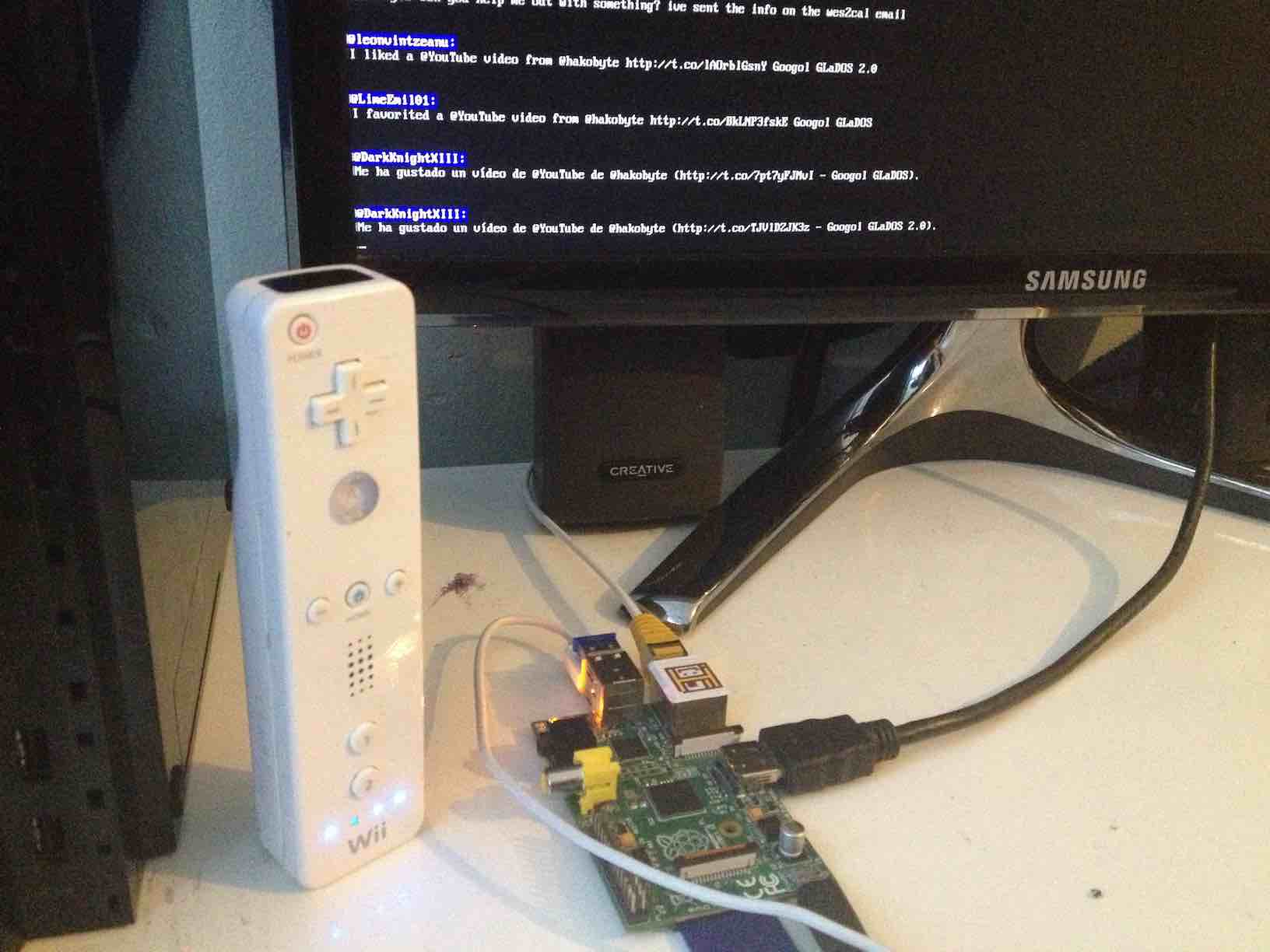 an 'asciinema’ of twiimote running.

twiimote works on GNU/Linux only such as the Raspberry Pi & a jailbroken PS3. (with Linux installed)

You can install twiimote in your terminal:

twiimote has also been mentioned in pi weekly